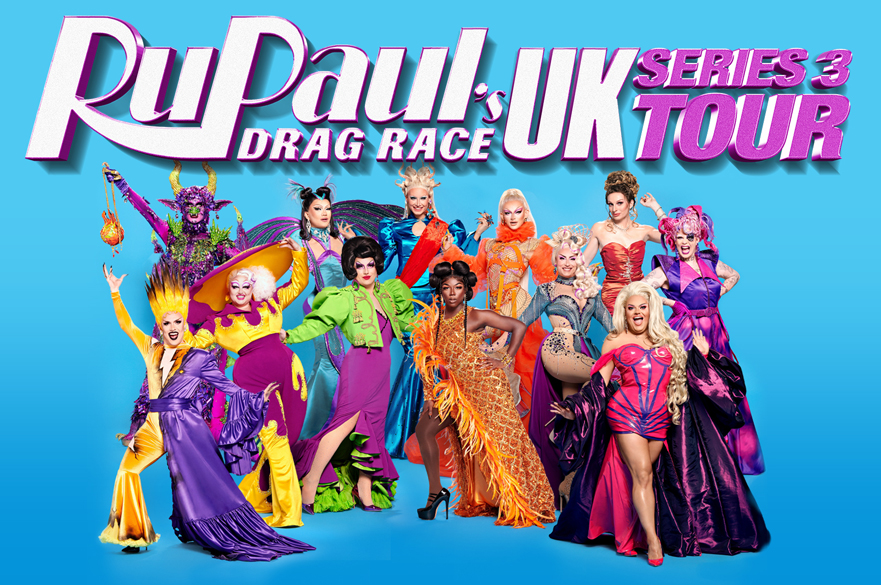 As the tour visits theatres and arenas across England, Scotland and Wales, expect a night of endless extravaganza as your favourite queens from Series Three of RuPaul’s Drag Race UK werk their way to Derby. This means audiences in Derby can witness the charisma, uniqueness, nerve, and talent of their favourite queens LIVE on stage at Derby Arena next year!

Due to popular demand the Series Three UK instalment of the iconic reality competition, which sees Queen of Drag RuPaul crown the country’s next drag superstar, will be returning to Derby Arena in the Autumn of 2022. The Series Two Tour comes to the city for a SOLD OUT night on Friday 25 March 2022.

Fans who may have just missed out on tickets for the now sold out date in March will be able to purchase tickets on the Derby LIVE website for the second date in September.

We are delighted to already be announcing RuPaul’s Drag Race UK: The Series Three Tour before we have even taken Series Two on the road.

Such was the demand for sales for the first tour when we announced it earlier this year that we have decided to get everything in place for the Series Three tour now.

RuPaul’s Drag Race UK is an exciting show and we can’t wait to witness what will undoubtedly be many incredible and outrageous nights of live entertainment in venues across the UK.

Tickets start at £37 and go on pre-sale to existing Derby LIVE customers from 10am on Thu 25 Nov. You can sign up for a Derby LIVE account before midnight on Wed 24 Nov to be eligible. Tickets go on general sale on at 10am on Fri 26 Nov. Buy your tickets online or call our Sales and Information Team on 01332 255800. Recommended for age 14 upwards; under 18s must be accompanied by an adult. Please note that the show’s line-up may be subject to change.