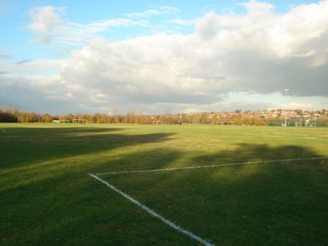 Proposals have been announced for a new Derby Football Hub, with the goal of boosting grassroots football in the city.

The project is part of a national Hubs programme led by the Premier League, The FA and the Government’s Football Foundation.

As well as three additional full-sized 3G artificial grass pitches (AGPs) at Derby Racecourse, meaning four in total, the existing building would be extended and improved to include a café, larger reception area, a community/education room, better access and improved parking.

Following the Derby City Council Playing Pitch Strategy, adopted by the Council in 2019, it was identified that there was a shortfall in the city of four full-sized 3G Artificial Grass Pitches (AGPs) and that a further six 3G AGPs would be needed in the future. Derby Football Hub could be a significant development in putting this strategy into practice.

The Foundation are supportive of the Councils plans for the Racecourse site and believe that the impact locally will be significant for both sport and wider users of the park when complete.

Grassroots football is very important for the sport at community level, and I welcome this first stage of the Derby Football Hub project, which will help us address the shortfall we have in artificial grass pitch provision and boost facilities for the community.

We are excited about the plans for Derby Racecourse Site, this site is of strategic importance to football in Derby City. The site is currently heavily used by football and the increased investment to the site and high-quality facilities will support future aspirations around providing Football for All.