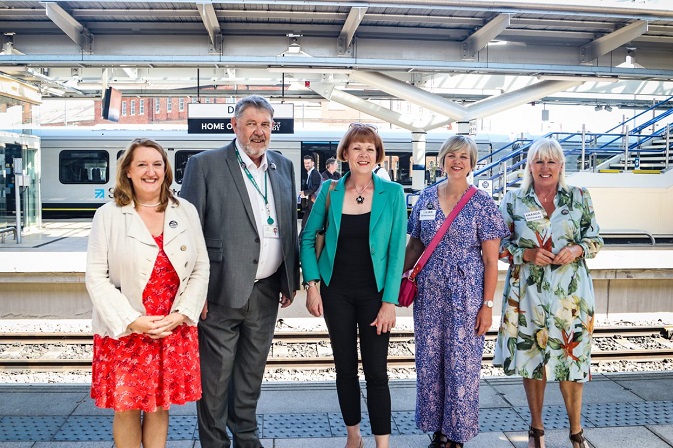 19 MPs from across the East Midlands have written to the Transport Secretary, expressing their support for Derby’s bid to host the headquarters of Great British Railways.
The cross-party group of MPs from Derbyshire, Nottinghamshire, Leicestershire, and Staffordshire set out why Derby’s central location, its rail history, and the wealth of sector expertise which already exists in the city, would make it the perfect location for Great British Railways. The letter notes the strength of support from across the region, including 40 local authorities, three universities and a huge number of businesses in the rail, automotive and aviation sectors.

It comes as Derby City Council welcomed Rail Minister, Wendy Morton MP to the city as part of the Great British Railways competition.

The delegation then moved on to Resonate in Pride Park, a leading digital signalling and traffic management provider. The Minister and members of the GBR Transition team then received a boardroom presentation expanding on Derby’s offer for GBR which emphasised the opportunity to locate at the heart of Europe’s leading rail cluster and to collaborate more closely with the private sector. The Minister also heard about  potential locations for the new headquarters.