It's not all rubbish news! 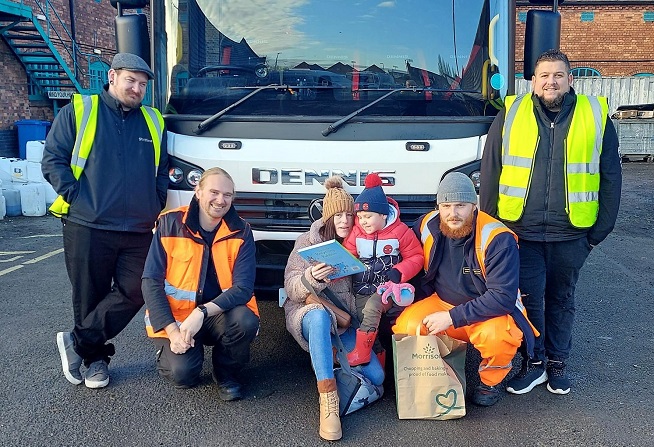 We might be biased, but we think our refuse team is the best in the world. Here’s just one of many reasons why…

Through the power of social media, our teams were made aware of a post on Facebook from a resident who was trying to track down a refuse collector who had shown her son incredible kindness.

If you know of a ginger bearded bin man with orange trousers who worked in Chad today can you please tell him I said thank you again.

Whilst queuing at a checkout with her son, Kayleigh let one of our refuse drivers go ahead of her as he only had one item. To say thank you, this “ginger bearded bin man” generously gave her son, Connor, a pound coin.

Connor has Special Educational Needs and is often very shy and uncomfortable around men, but to Kayleigh’s amazement, Connor very calmly took the pound coin.

This kind gesture has meant a lot to the both of us and we appreciate it. It may only be a pound to some but to us this pound has meant so much.

Our Waste Management team were delighted to learn about this act of kindness and managed to track down the “ginger bearded bin man”, also known as Paul Wright, to let him know what an impact his act of kindness had, and how grateful Connor’s family were.

This is a wonderful example of the power of kindness and a timely reminder of just how far a simple act of generosity can go.

I was delighted to learn about Connor and Paul’s story and so pleased that Connor and his mum had the chance to pop down to our Stores Road depot. A huge thanks to Paul and the team for your kindness!

This week, the team invited Connor to the Stores Road depot to see Paul and some of the refuse team. Connor got the chance to meet some of Derby’s fantastic refuse collectors, who took some time to show him one of our bin lorries and take him for a drive around the depot.

Connor loved the lorry’s horn, camera and flashing lights and had a wonderful time. Our wonderful refuse team also gave him some gifts to take home, including a book all about recycling.