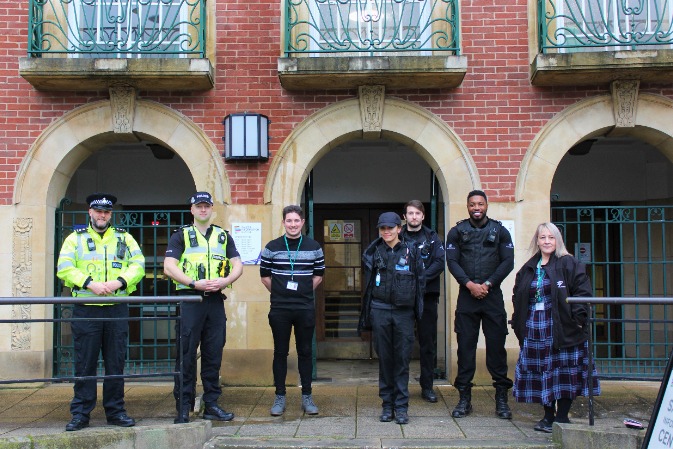 Our public protection team has recently relocated to Riverside Chambers

Following Derby City Council’s commitment to addressing the amount of anti-social behaviour in Derby, a series of new Public Space Protection Orders have come into force from January 17th 2022.

A PSPO gives the Council a more formal way to tackle specific anti-social behaviours such as dog fouling in a defined area. The new PSPOs allows the Council to issue fines for breaching the PSPO.

The new PSPOs will help give those authorised officers of the council to combat anti-social behaviour and crime in a new way. This will include prohibitions on the below:

There is also another PSPO coming into effect on January 17th 2022 alongside the orders mentioned above that will address the issue of dog owners allowing their dogs to foul on certain land. This order will stretch beyond Derby City Centre to Mickleover, Chellaston, Spondon and Allestree. The offences will be:

“We want Derby to be a safe, fun and vibrant city. So, this year, we have already carried out two actions that are committing to our promise of making Derby safer for everyone.

Recently, our Public Protection Team moved into their new premises at Riverside Chambers on Full Street, placing them in the heart of our City where they can work closely with an array of local partners.

Now, new PsPOs are being put in place, to ensure that those officers have the power to tackle anti-social and nuisance behaviours. These orders are wide ranging and will help make sure we are protecting Derby residents, visitors and businesses alike.”

“The two PSPOs are a welcome addition to the city centre and help ensure that Derby is a safer place to live, work and visit.

As a force we have been completing significant work to provide longer term solutions to the issues of intoxication and other anti-social behaviour. However, it is important that officers and partners are able to take action against those most prolific offenders.”

These Public Space Protection Orders are the latest actions taken to help reduce anti-social behaviour, crime and disorder in Derby. Recently the Public Protection Team has relocated to Riverside Chambers in the heart of Derby City in order to be closer to where they are needed most. By taking these steps, we can help create a safer Derby for everyone.