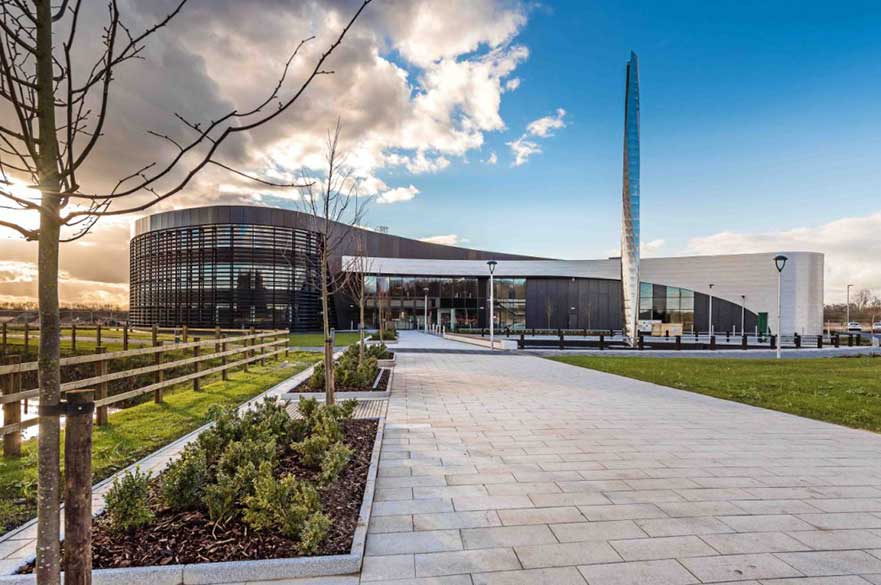 The iHub building is the centrepiece of Infinity Park

A new academy dedicated to nuclear training in Derby is set to welcome its first set of apprentices this autumn at Infinity Park.

The city is a centre of excellence in the UK’s growing nuclear sector, so developing the right skillset is a priority for supporting key employers and securing their ongoing presence in the city for decades to come.

Earlier this year, Rolls-Royce Submarines announced plans to open a dedicated training facility as part of its initiative to boost nuclear capability in the UK. The engineering giant will introduce an extra 200 apprenticeships each year for at least the next 10 years to create a pipeline for nurturing talent.

The iHub innovation centre - which is owned by the Council and managed by the Council through its Connect Derby team - is to be re-purposed in time to open its doors in September for new apprentices. There is strong interest already, with more than 1200 applications for the initial 200 places. Offers have been made to over 180 people.

At its next meeting on 3 August, Derby City Council Cabinet will be asked to note negotiations to finalise a partial take-up of the building in September for the first-year intake, working towards a full lease in 2023.

The Nuclear Skills Academy will be supported by industry and education experts, including the Nuclear Advanced Manufacturing Research Centre (Nuclear AMRC) – currently building a new £15 million research facility on Infinity Park in Derby – the National College for Nuclear, the University of Derby as well as Derby City Council.

The Council is working with existing iHub office tenants to manage their move to other provision within the Connect Derby estate and to find alternative premises for the current workshop tenants.

This is an exciting opportunity for the people of Derby. Apprenticeships aren’t restricted to young people; they’re also open to those who want to re-skill or are looking to change career or who would struggle to pay for their higher-level degrees. All apprentices are paid from the start.

A skills academy can also support key employers in the city and help to secure future talent for decades into the future.

The new apprentices will provide a regular flow of new nuclear expertise to support Rolls-Royce’s commitments to the UK Submarines programme. For 60 years, Rolls-Royce has provided the power for all the Royal Navy’s nuclear submarines from its base in Raynesway, Derby. Their work ensures submariners have the power to protect the UK’s interests at home and further afield.