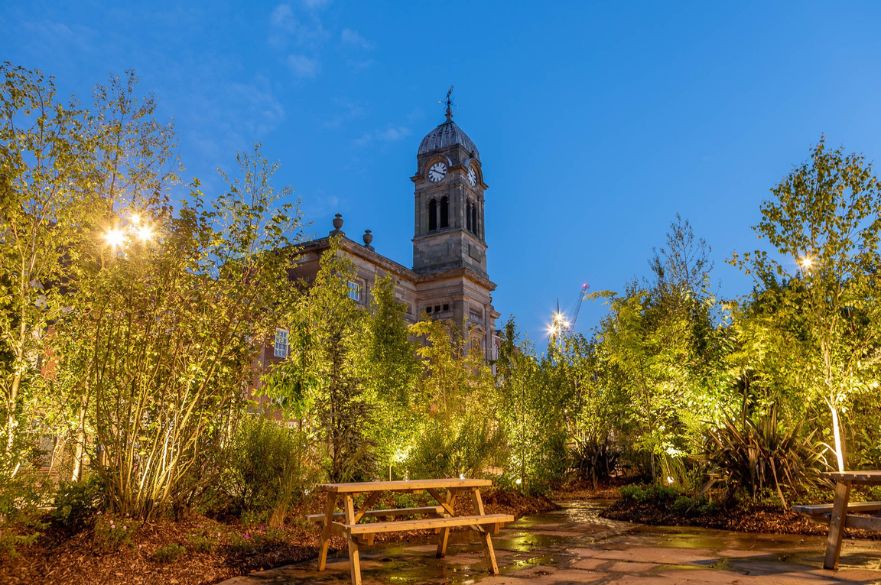 The forest will look similar to an installation in London.

Over 400 young people across the city have voted in a poll to give Derby’s Urban Forest its official name. Following a poll, the Urban Forest will be called Forest for the Future.

The forest, due to open at the end of June will reside on the Market Place until the end of August and provide an outdoor space for dining and entertainment with a capacity for up to 100 people.

A shortlist of six potential names were selected by Youth Mayor, Omar Aslam and Deputy Youth Mayor, Gloria Osei Bonsu. The shortlist was shared with young people across the city who were asked to vote for their favourite.

A total of 433 votes were cast by members of the Voices in Action Youth Council, Youth Alliance and secondary school pupils.

The shortlist of names for the forest included:

One can not wait for the arrival of ‘The Forest for the Future’ to arrive in Derby. As young people of the city, it's important that we tackle head on the challenges of climate change alongside raising awareness of these challenges! The Forest Of The Future is a great chance for people to discuss the relevant topics of climate change. A fantastic new legacy for the city of Derby!

The Forest for the Future is a wonderful addition to our city centre for the summer. It’s a great way to initiate those tough conversations about our climate and natural environment and what each of us can do to protect it. It’s important that young people in the city are engaged with their futures and the environment they’ll live in.

Alongside the Forest for the Future, events will be held across the city centre by Down To Earth Derby and Derbyshire Wildlife Trust to help residents and visitors learn more about climate change, biodiversity and the natural environment.

Cultural organisations in the city will be offered the space within the forest to host events such as live music.

Installation is due to start on Monday 20 June with the Urban Forest opening at the end of June. It will be in place until the end of August.

Information about events taking place in the Urban Forest will be available on the Derby LIVE website.

Visitors to the Urban Forest are encouraged to use active and sustainable transport such as walking, cycling and public transport to reach the city centre.