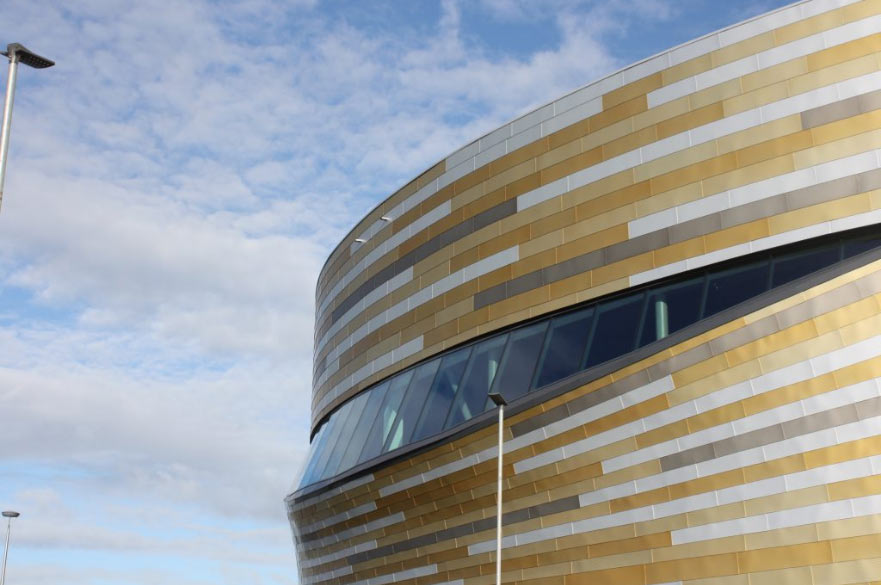 Members of the Great Britain Cycling Team track squad have been settling in at Derby Arena and looking ahead to a summer of sport, including a home Commonwealth Games.

British Cycling has relocated its Olympic track cycling programme to Derby’s velodrome while its usual base at the National Cycling Centre in Manchester is closed for refurbishment. Between now and August, visitors to the Arena are likely to see team members going through their paces as they prepare for this year’s major competitions.

The riders have received a warm welcome from the Arena and the city, but for some the move has brought even more benefits.

Hayden Norris is a 19-year-old sprint cyclist from Stafford who recently joined the Olympic track cycling programme. He said:

Derby’s just a stone’s throw away from my family home where I grew up. Derby’s where I actually started track cycling, so it’s pretty special to be back here training full time.

The first time I touched a track bike was here on the indoor track at Derby, I was probably about 13 or 14 years old, and I’ve loved it ever since.

The facilities here are immaculate. It’s quite a new track and I’ve got to say that it’s a world class training venue. It’s like business as usual, nothing’s changed. It’s been a really seamless move. I think that’s really positive.

This year my aim is just to build on what I started last year. The big one for me is that I would love to be selected for the Commonwealth Games. It’s not going to be easy, there’s a really strong group of English sprinters going for it, but a home Commonwealth Games would be pretty special.

Fellow sprint cyclist Sophie Capewell, who comes from Lichfield, won bronze in the women's team sprint at the 2021 UCI Track Cycling World Championships in Roubaix, France, but also spent some of her earlier years on the Derby Arena track. She said:

It’s a little bit like coming back home. I trained here as a junior, or near the end of my junior career, so it’s nice to be back. The transition’s not been too difficult.

I’m really excited for the season anyway because it’s been a long time since we’ve had a full season. The Nations Cup in Glasgow is going to be really good, a home crowd is always something really special. The Commonwealth Games is coming up in the summer and then the World Championships at the end of the year.

The best thing about training in Derby is that everything’s nice and close and I just love being close to home, and I get to see my family a lot.

Tom Stanton, Head of Performance Pathways for the Great Britain Cycling Team, said Derby Arena and its visitors had really embraced having the team there. He said:

The Arena and the staff have been great at helping us set up. They’ve really gone above and beyond which was really nice to see. It’s another summer of sport for us, another home, a home event and to use this, and to capitalise on it to make sure we don’t skip a beat is going to be vital.

During their residency the team is also working with the University of Derby as a provider of medical support, and is investing in improvements to Derby Arena which will leave a legacy to benefit the wider cycling community, including upgrading the timing system.

He hoped the team’s residency would help increase interest in the forthcoming National Madison and Omnium Championships, at Derby Arena on Fri 1 and Sat 2 April. He added:

I hope that by us being here we can generate a little bit more of a groundswell of interest from the local population to come and see what it’s actually like, and hopefully drive more people into the sport.

It is very exciting to see the Great Britain track cycling team adopting Derby Arena as their second home for the summer. I would urge anyone interested in watching how fast these riders can go around the track to come and watch the National Madison and Omnium Championships. But the great thing about Derby Arena is that anyone can come and have a go on the track. Our professional coaches are there to support you, and all you need to bring is some inspiration.