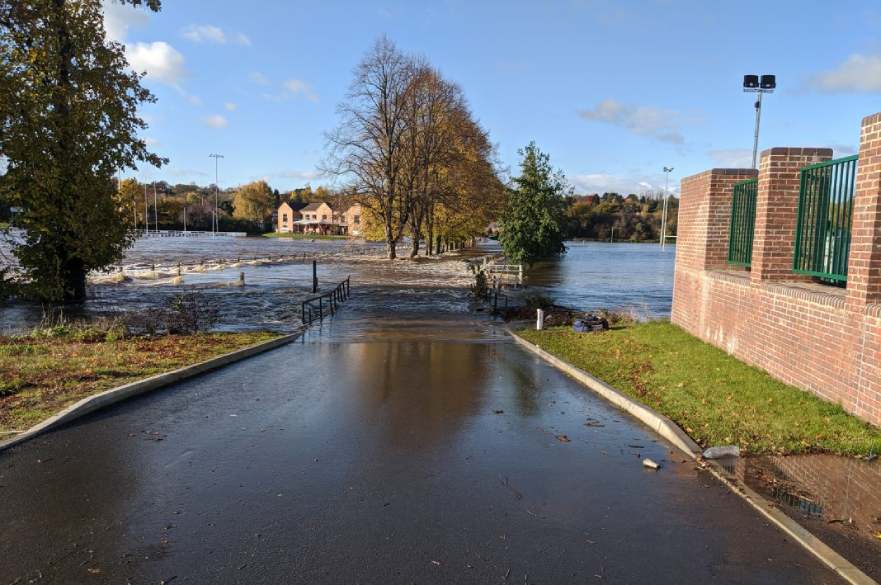 The key flagship flood alleviation project, led by Derby City Council in partnership with the Environment Agency (EA), originated from the need to reduce significant flood risk to homes, businesses and historic buildings along the lower River Derwent and in 2011, the EA formally adopted the Lower Derwent Flood Risk Management Strategy which looked at reducing the existing 1 in 25 year chance of flooding from the River Derwent.

Following public consultation, we adopted the Environment Agency led Our City Our River Masterplan in July 2012 and planning for the first phase of the project was received in October 2015. The flood risk management approach taken was to make space for water by setting defences back away from the river and to make sure the city remains resilient to the future challenges of climate change whilst contributing positively to local economic regeneration of sustainable growth, while sustaining the city's heritage assets. Derby’s approach is recognised as being unique in that we are tackling regeneration and flood defence as equal priorities.

The work to complete was split into three packages. Package one, between the Alfreton Road Industrial Estate in the north and Sowter Road in the south, was completed in 2019 and has already demonstrated their value during the November 2019 flooding, where it is estimated the new defences saved damage to over 1200 properties.

Another element of the work, Project Munio, is also well underway, with new flood gates, which are the largest of their kind in the country, in place on the Exeter Bridge on Derwent St and work to remodel the Riverside Gardens completed.

In July it was announced that the Government would provide a further £10m towards the creation of a new riverside park will transform the east side of the river around Stuart Street, Phoenix Street, and Exeter Place, creating a new area of the city, Derby Riverside.

The scheme will not only support the ongoing OCOR flood alleviation programme but also support the creation of more homes in the city and commercial space for 1,000 jobs.

Work to secure the funding to complete the other stages of the OCOR project are ongoing.

Congratulations to Our City, Our River Derby which is the winner of the Climate Resilient Places Award. The judges thought it was a really excellent project at showing an exemplar in community regeneration, in education awareness, and in reconnecting people to their river and making space for water. A really outstanding example and congratulations to the other finalists as well.

I’m absolutely thrilled that the project and the team have been recognised for their hard work and years of dedication.

From the beginning this was a bold and innovative approach to tackle the flood risk in the city and the events of November 2019 highlighted the importance of the work and the need to complete the Our City Our River project with over 1,200 properties were protected from the flood water

I’m also very excited by the plans proposed for the Derby Riverside, focusing on major regeneration of this area of the city to deliver the flood alleviation we need, rather than just barriers to protect against flood risk.  I believe the proposals will change our city centre and open up new spaces and opportunities for residents, visitors and businesses and we were delighted to receive the substantial investment from the Government in July. There is still a great deal of work to do but with this, now award winning, team I’m sure we can make it happen.

We’d like to thank the Environment Agency for their ongoing support throughout the Our City, Our River project.

You can watch the awards on the Environment Agency Youtube channel