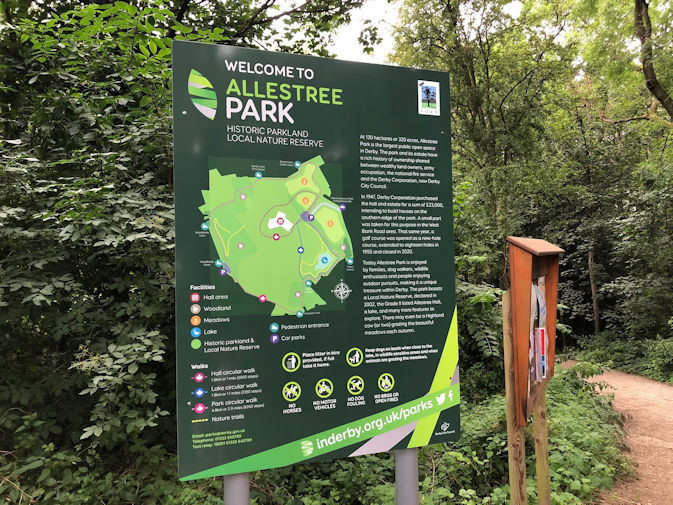 Allestree Park is one of the many fantastic parks in Derby

Irresponsible dog owners leaving behind Dog faeces in our parks has been recognised as a growing issue for visitors to Allestree Park. The 320 acre park, is currently under consultation to be rewilded in a flagship scheme.

Not only is the issue of discarded dog poo unsightly, it poses a serious public health risk to those who inadvertently come into contact with it. The effects of getting it in your eyes or mouth can be extremely serious, particularly for young children. Along side health effects, leaving behind your dog’s poo could lead to a financial penalty as well as ruining the local area for other park users.

Some people may not give a second thought to leaving behind their animal’s poo, however what they may not think about is the potential risk of Toxocariasis. Toxocariasis is an infection that is caused by roundworm parasites. It can be caught  by  handling soil or sand with infected animal faeces in it which makes it an even greater risk to Derby’s youngest residents. The parasites are most commonly found in cats, dogs and foxes.

We are very lucky to have as many beautiful parks as we do, in Derby. We should be able to use these amazing parks without having to worry about what we may step in or what our children may get on their hands. By not cleaning up after your animal, you are not only ruining our parks but also risking the safety of the people using the parks. Our Streetpride team are consistently working hard to make our streets and parks as safe and clean as possible, but residents can report issues directly to the team through MyAccount”.

Recently, new public space protection orders (PSPOs) have recently come into force. A PSPO gives the Council a more formal way to tackle specific anti-social behaviours such as dog fouling in a defined area. The new PSPOs allow the Council to issue fines for breaching the PSPO. These PSPOs include financial penalitys for discarded dog faeces in the entire Derby area.