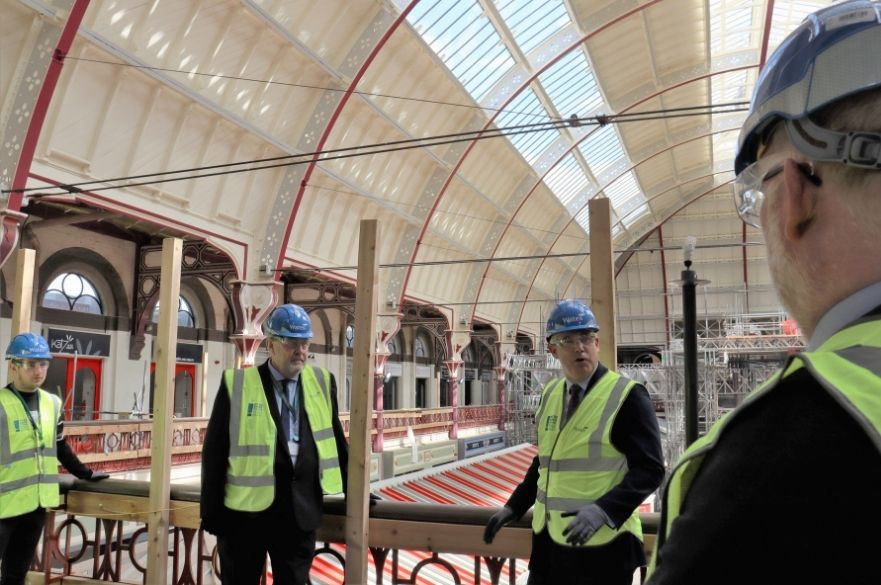 Derby has been hailed as a shining example of the Government’s Levelling Up agenda by the Chancellor of the Duchy of Lancaster Steve Barclay, who visited the city last week to see how regeneration plans are taking place.

The Chancellor of the Duchy of Lancaster had a tour of the Market Hall, where the second phase of work is ongoing to turn the Victorian building into an attractive retail and leisure destination fit for the future.

The Minister also visited the Becketwell development, which will comprise of a new public square, 259 apartments and a brand new 3,500 capacity performance venue. Both developments are key projects that will contribute to the vibrancy of the city’s historic heart and Derby’s future ambition.

Chancellor of the Duchy of Lancaster Steve Barclay said:

Derby is a city of real vibrancy and it was fantastic to see the ambitious regeneration projects taking place across the city centre. The redevelopment of the Market Hall is really starting to take shape and the £15 million Future High Streets funding will help develop other parts of the St Peter’s Quarter.

Levelling up is a central part of the Government’s ambition because we want to ensure people and communities up and down the country are able to thrive, so it was great to see how Derby has been able to access funding that will drive inward investment into the city centre and create opportunity for people.

We were delighted to welcome the Minister to Derby and show him the great strides we are making to rejuvenate and Level Up the city centre.

The minister was able to see first-hand the challenges and opportunities we face in Derby and the essential role Levelling Up can play in the city.

Steve Barclay also toured the St Peters and Cathedral Quarter areas, which have received £15million from the Future High Streets fund to regenerate the prominent public space at the Market Hall and Eastern Gateway.

The Chancellor of the Duchy of Lancaster visited the city after a regional cabinet meeting in Stoke-On-Trent, which discussed the Government’s Levelling Up agenda. 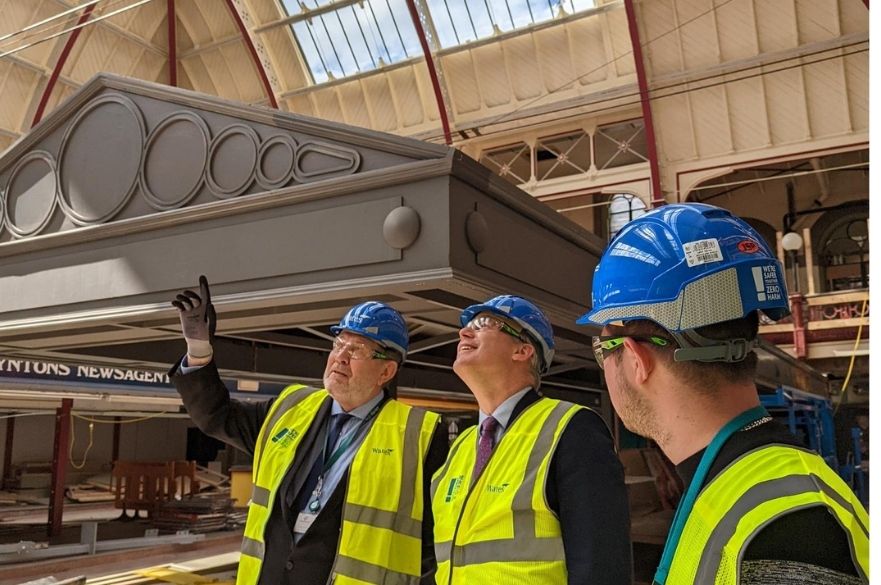