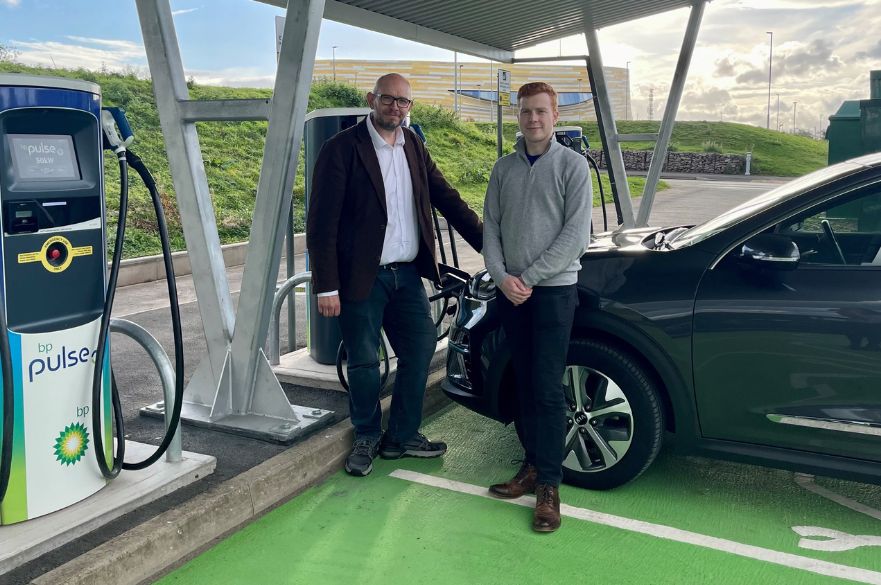 Five new rapid 50KW electric vehicle chargers have been installed at the Pride Park Park & Ride as part of Derby’s ongoing project to expand the electric charge networks around the city.

The chargers have been installed and funded by the D2N2 Contract Agreement with BP Pulse through the Government’s Transforming Cities Fund (TCF) and allow users to charge their electric vehicles under a solar power canopy, the first of its kind in Derby.

In 2020, Derby and Nottingham secured £161m for transport improvements through the  Transforming Cities Fund – the only bid to obtain the full amount requested from the Department of Transport. This formed the second major phase of the fund, aimed at improving connections between major employment sites and promoting active travel and public transport.

The installation of these rapid electric vehicle chargers and the solar canopy which will cover them demonstrates the Council’s ambition to not only increase the number of charge points, but to utilise the latest technology to introduce fast chargers throughout our city. By using solar energy at charge stations, we are not only delivering better transport options for citizens, but taking another step closer to fulfilling our commitment to become Carbon Neutral by 2035.

Derby’s growing network of electric chargers makes using an electric vehicle easier than ever before, whilst also working to reduce pollution and congestion within the city.

The addition of these five rapid electric chargers brings the total within the city to 60, of which 14 are rapid chargers. One of the five bays at Pride Park is a dedicated blue badge holder bay, supporting the Council’s ambition to make electric transport more accessible to all.

This map shows the locations of all charge stations within the city. Further information about the Council’s commitment to become net carbon zero can be found in our Climate Change Action Plan.